Hemochromatosis is a common disease but it is often misdiagnosed 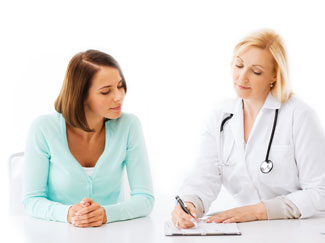 Hemochromatosis is a common disease but it is often misdiagnosed or an accurate diagnosis is delayed. This delay leads to an excessive build up of iron, which can cause irreversible damage. The range and severity of symptoms vary between individuals and are often similar to the symptoms of other diseases. Often physicians will focus on treating the conditions caused by hemochromatosis (e.g. arthritis, liver disease, heart disease, diabetes) rather than identifying and treating the underlying cause. If hemochromatosis is diagnosed and treated early, there will be minimal organ damage and the affected person can live a normal, healthy life.

The HFE gene encodes a protein that regulates the absorption of dietary iron. When mutations occur in the HFE gene, too much iron is absorbed leading to an iron accumulation. A DNA test from a simple, non-invasive cheek swab can identify whether or not an individual carries the mutated HFE gene. This test can be done at any age, even before any symptoms occur. Our laboratory offers a DNA test to identify three different mutations – C282Y (845G>A), H63D (187C>G) and S65C (193A>T) – in the HFE gene.

There are three iron panel tests that are taken together that are useful to determine how far the disease has progressed and the best type of treatment to prevent further problems. These three tests measure serum iron levels, the level of iron stored in the body (serum ferritin) and the total iron binding capacity (TIBC). The transferrin-iron saturation is a measure of how much transferrin is being used to transport iron and is calculated by dividing the serum iron level by the TIBC. Affected individuals have increased serum ferritin levels and increased transferrin-iron saturation. These tests are useful for diagnosis and also to monitor iron levels after treatment has begun.

In the past, liver biopsies were commonly used to confirm the diagnosis of hemochromatosis. However, genetic analyses of the HFE gene are now used and liver biopsies are rarely required. Other tests can also be used to establish the extent of the organ damage due to the iron accumulation. These include liver function tests and an analysis of alpha-fetoprotein levels to determine the damage and possible cancer in the liver. Electrocardiograms are useful to monitor any heart abnormalities, while CT scans, MRIs or ultrasounds are useful to diagnose further organ damage.