About the Hemochromatosis DNA Test

Find out if you carry a mutation in the HFE gene that increases your risk of iron overload. 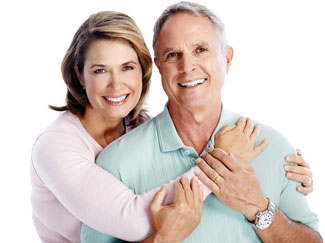 What is Hemochromatosis DNA Testing?

What is the HFE Gene?

The HFE gene encodes an HLA class I-like protein that is displayed on the cell surface as part of a heterodimer with β-2 microglobulin. This heterodimer regulates the absorption of dietary iron by interacting with the transferrin receptor. Mutations in the HFE gene were shown to cause hemochromatosis in 1996 and this has allowed for DNA testing to be used in the diagnosis of hemochromatosis.

Variation in the HFE Gene

There are three mutations in the HFE gene that are known to cause hemochromatosis by affecting the function of the HFE protein and preventing the normal regulation of iron absorption. These three mutations are C282Y (c.845G>A), H63D (c.187C>G) and S65C (c.193A>T), and each occurs due to a single nucleotide change that changes the amino acid sequence of the HFE protein. C282Y is the most common mutation causing hemochromatosis, and is associated with more severe symptoms compared to the other two mutations.

Hemochromatosis is an autosomal recessive disease. Autosomal indicates that the gene carrying the disease-causing mutations (HFE) is on one of the autosomal chromosomes (chromosomes 1 – 22), rather than a sex chromosome (X or Y). We each have two copies of each autosomal chromosome (and the genes present on the autosomal chromosomes) – one copy inherited from each parent. Recessive diseases only occur when both copies of the disease-linked gene are mutated. The HFE gene is on chromosome six and generally both copies of the HFE gene must carry one of the disease-causing mutations before there is an increased risk of hemochromatosis. If a person has inherited one defective HFE gene and one normal HFE gene, they are known as a heterozygous carrier. Carriers can pass the defective gene to the next generation but they are generally unaffected.

The most common HFE mutation that causes hemochromatosis is the C282Y mutation. This mutation is a single nucleotide substitution (c.845G>A), which changes a highly conserved cysteine (at amino acid position 282) to a tyrosine. This amino acid change prevents the formation of disulfide bond in the HFE – β-2 microglobulin complex and inhibits the regulation of iron absorption. 80 – 85% of patients affected by hereditary hemochromatosis have two copies of this C282Y mutation (C282Y homozygotes). Iron overload is detected in 90% of male C282Y homozygotes but only in 50% of female C282Y homozygotes, and, overall, approximately 30% of C282Y homozygotes will not show any iron overload symptoms. Individuals that have one HFE gene with the C282Y mutation and one normal HFE gene (C282Y heterozygotes) sometimes experience mild symptoms of hemochromatosis, such as lethargy and mild joint pain, but the disease is unlikely to develop further.

H63D is the second most significant mutation leading to hemochromatosis. This mutation is a single nucleotide substitution (c.187C>G), which changes a histidine (at amino acid position 63) to an aspartic acid. This mutation is thought to inhibit the formation of an intramolecular salt bridge during the interaction between the HFE protein and the transferrin receptor, thereby reducing the control of iron absorption. Individuals that carry two copies of the H63D mutation (H63D homozygotes) have a slightly increased risk of hemochromatosis but often other precipitating factors (e.g. hepatitis or alcohol abuse) are also required before iron overload occurs.

Age Limit None. This test can be taken at any age.

Collection Method Buccal swabs. The test kit contains buccal swabs and instructions for collecting a buccal swab sample from inside the mouth.

Specimen Requirements Four buccal swabs, rubbed inside the mouth against the cheek for 15 seconds.

Sample Handling DNA test kits do not have an expiry date and can be used at any time. Once the DNA sample is collected, it must be returned to the laboratory for testing within three months of collection. No refrigeration is required. Store at room temperature.

Limitations It is important to remember that the presence of one or more of these HFE mutations (C282Y, H63D and S65C) does not mean that an individual will definitely develop hemochromatosis. Each mutation does increase the risk in homozygotes and compound heterozygotes, but there are some individuals that have these mutations and never suffer from increased iron levels. An increased risk of hemochromatosis can also be caused by other genetic and non-genetic factors that will not be detected in this assay. The results of this assay should be interpreted in conjunction with symptoms, clinical findings and medical and family history.